5 Things You Should Know Before Seeing Hamilton

Since 2015, Hamilton has been one of the most celebrated Broadway shows around the world. It has won countless awards, pushed boundaries on the traditional Broadway show format and the soundtrack was the first-ever cast album to top Billboard’s Top Rap Albums chart. Want to know more about this the show’s origin and how it became so successful? 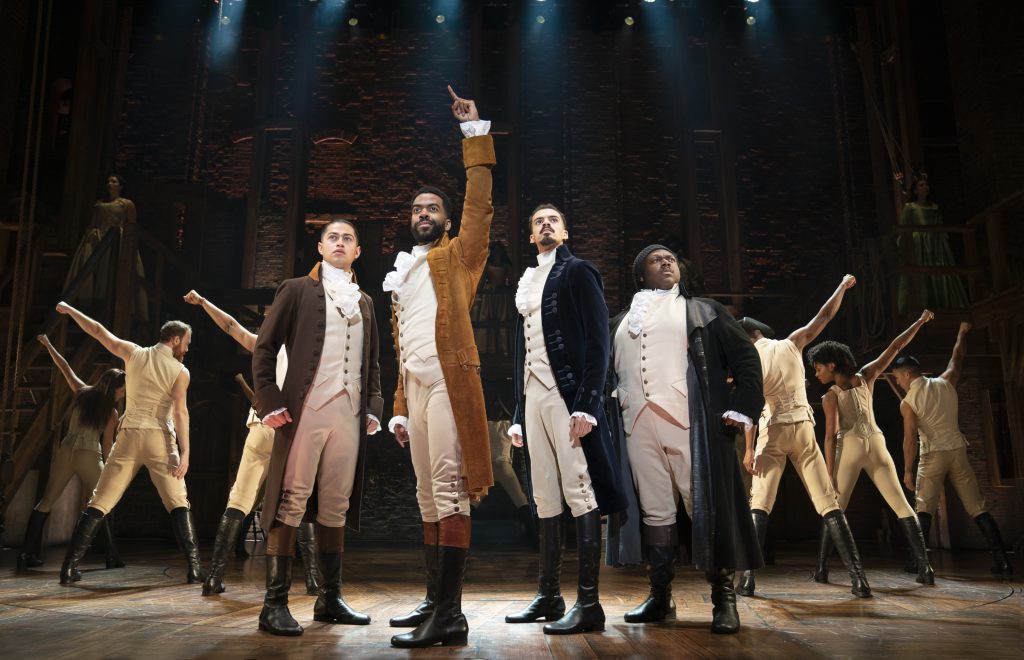 While Lin-Manuel was on a vacation, he picked up an on-the-whim ‘light-read’ an autobiography about Alexander’s life called Alexander Hamilton. He was impressed by Alexander’s ability to write his way out of circumstances and writing the future he wanted to see for himself,”. He then realized that this was very similar to the narratives of hip-hop music and immediately googled if Hamilton’s story had been told through music. Lucky for him, it hadn’t. He saw the opportunity and seized the moment because… he was not going throw away his shot!

2. Hamilton is one of the most award-winning musicals in history.

Hamilton has won eleven Tony’s along with many other prestigious awards, including Best Musical, and was also the recipient of the 2016 Grammy Award for Best Musical Theater Album and the 2016 Pulitzer Prize for Drama. The only musical that has won more Tony’s than Hamilton was The Producers in 2001 that won twelve. Hundreds of thousands of people have swarmed to the theaters to see this show from all over the world and according to the New York Times, Hamilton is on “the path to be a billion-dollar Broadway show.

3. It took six years for Lin-Manuel Miranda to create Hamilton!

This was not an overnight concept. In fact, it took Lin-Manuel Miranda over a year to create the first song “Alexander Hamilton” and another year to create the second song, “My Shot”. Over the next 6 years, Lin worked closely with Ron Chernow (author of the biography of Alexander Hamilton) to reflect as much accuracy from Alexander’s life into a rap Broadway musical.

Click the video above to watch Lin-Manuel Miranda perform “Alexander Hamilton” 10 years ago at the White House for President Barack Obama. While you’re watching the video, notice the passion and fire that Lin has in his eyes. The relentless drive that Lin loved about Alexander Hamilton’s character was exactly what it took for Lin-Manuel’s vision to turn into a Tony/Grammy Award-Winning Broadway success. It’s wonderfully ironic.

In an interview with Vogue, Lin-Manual said, “You go through the I’m a Fraud phase. You go through the I’ll Never Finish phase. And every once in a while you think, What if I actually have created what I set out to create, and it’s received as such? With this show, the real world has surpassed my fantasy life to an absurd degree.” #grit

4. The majority of the musical is rapped in Hamilton.

The majority of the lyrics are rapped and performed by a multi-cultural cast. In a Vogue interview, Jonathan Groff said, ” Lin’s telling America’s origin story with people and music that look and sound like what America looks and sounds like today. It’s a game-changing piece of theater.”

If this is your first time seeing the musical, we definitely recommend prepping beforehand by listening to the soundtrack (which is a triple platinum record) a couple of times before seeing the show. There is so much said within one song! In fact, according to Factinate, there are over 20,000 words sung or rapped throughout the performance. “If Hamilton were to be performed at the pace of a typical Broadway show, it would be about 4-6 hours long”. So trust us, it will really help you grasp what you’ll be seeing on stage and get a better understanding of the depth of the story. (Click above to get started!)

5. Before coming to San Francisco, the cast of Hamilton toured to Puerto Rico with Lin-Manuel Miranda.

The cast that we will be seeing at SHN is called the “and Peggy” cast, which is one of the multiple groups touring Hamilton across the world. Before coming to San Francisco, they spent three weeks in Puerto Rico performing with Lin-Manuel Miranda as Hamilton (wouldn’t that be a sight!). During that time, Julius Thomas III (who is playing Alexander Hamilton at the Orpheum) worked with Lin-Manuel to learn this meaty role while adding his personal flair to the character. This cast is loaded with so many talented people including Bay Area Natives Brenden Chan and Camden Gonzales who also go to work with Lin-Manuel.

Hamilton will be on stage at SHN until September and we HIGHLY recommend the show for anyone that loves history, rap, hip-hop and a great time. Trust us, you will be on your feet by the end of the show! Comment below with more fun facts about Hamilton and share your favorite Hamilton song.