The Fashion of Opera

Fashion doesn't just live in the stores. It exists on the stage! One of the many reasons I love going to the opera is living vicariously through the characters and admiring the costumes that depict the fashion of various time periods. This week I joined San Francisco Opera for an exclusive Facebook Live tour with the talented Assistant Costume Director, Christopher Verdosci! 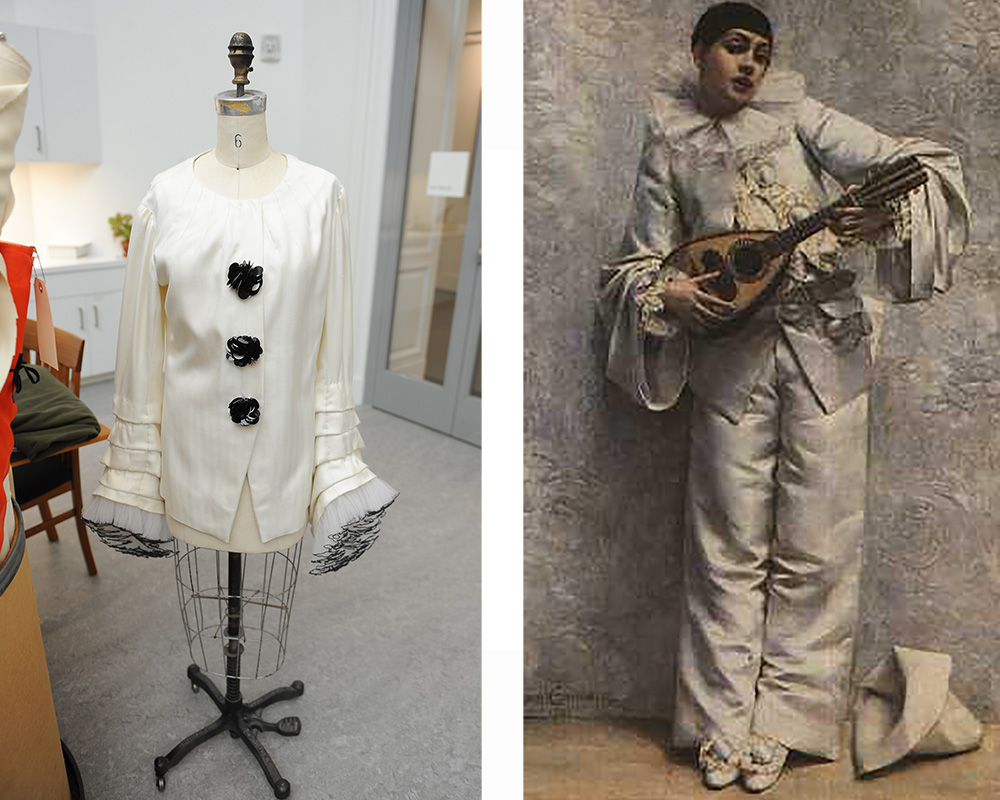 Seeing the costume up close with Christopher was a moment I'll never forget because he revealed the inspiration of the design from the archives! This French painting of a pierrot gave Emilia Marty's emotions a whole new meaning to me. The Director gave her this costume to represent a sad metaphor of her feelings that made me want to break out singing, Send in the Clowns. She was just going through the motions as an avatar, trying to find her purpose after living so many lifetimes, aging at 337 years old (think The Picture of Dorian Gray!).

For quick changes, the costume has snaps behind the decorative handmade buttons and the ruffles are tailored with multiple layers to give it that poof at the ends. I was amused to find out that her fabulous sparkling hat was actually made from the whimsy designer Betsy Johnson! 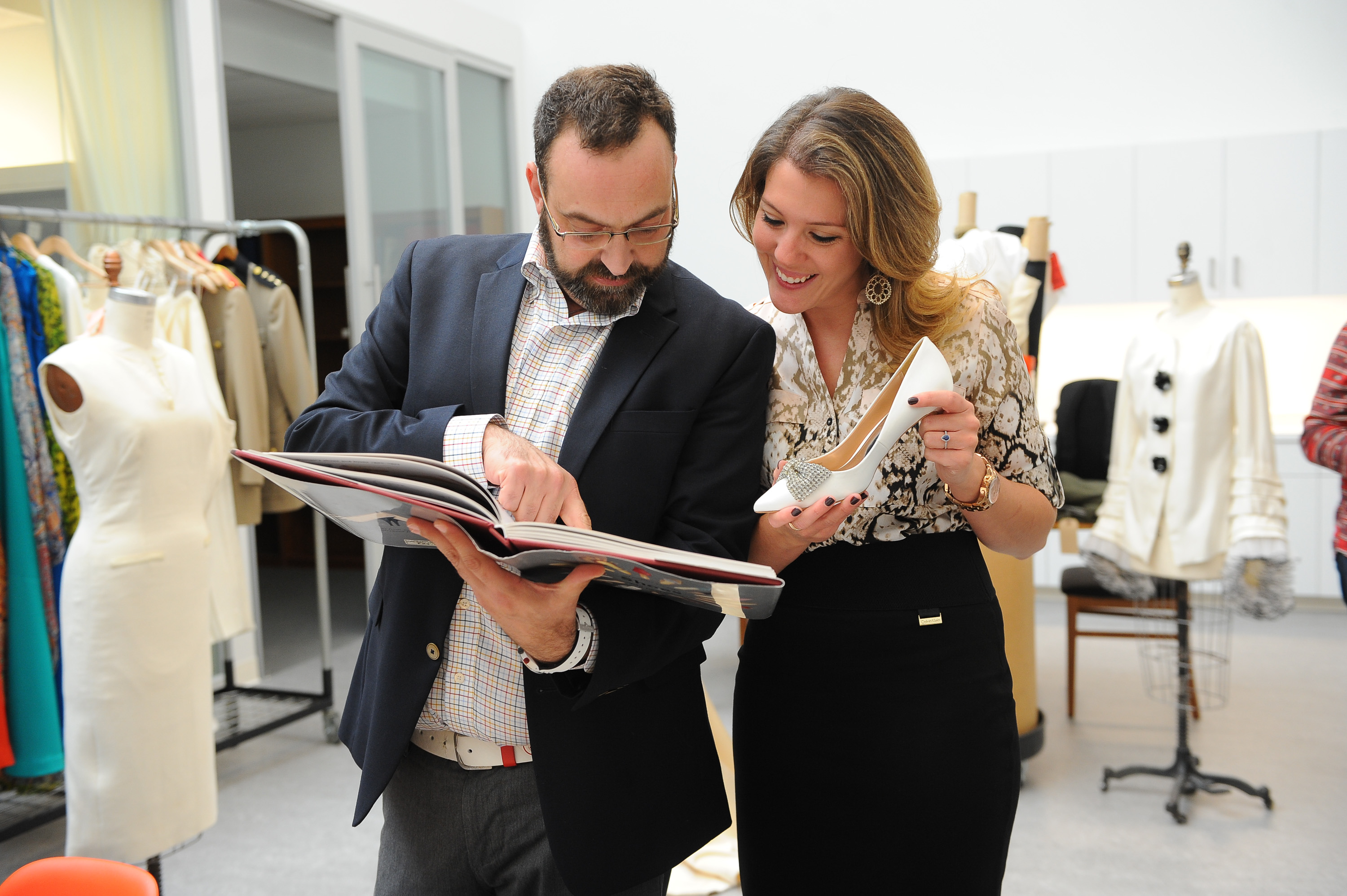 In the performance she wears a selection of shoes and because I am such a shoe lover, I had to find out more about these stunning pumps. In the 1950's, ultra thin heels that were 4 inch high was all the rage. These white satin pumps were designed by Badgley Mishka who has been hailed by Vogue as one of the "Top 10 American Designers"! 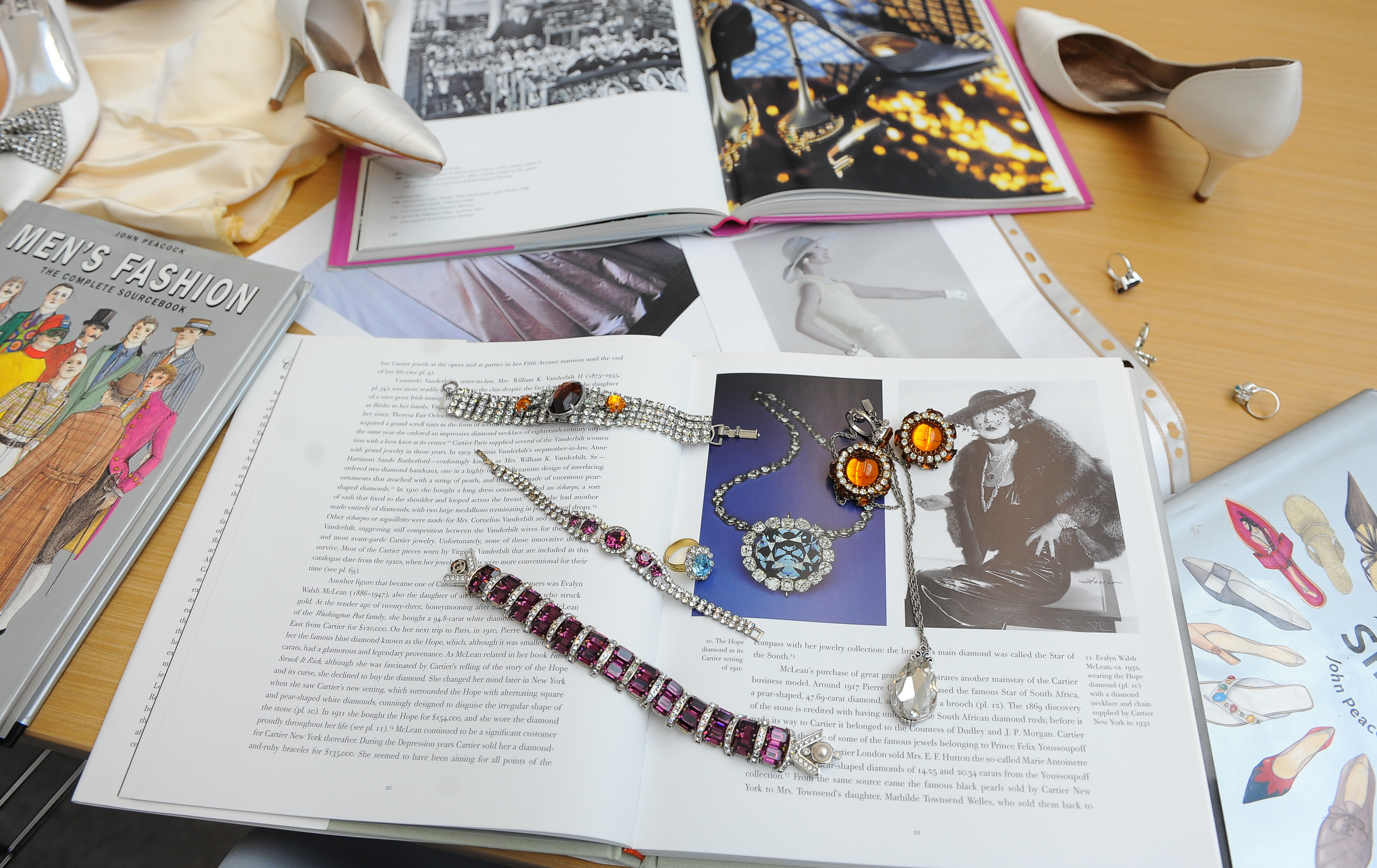 The jewelry was treated to look like recreations of Cartier because it was customary to have inherited jewels reset into a fashionable piece for the new decade. Who knew! 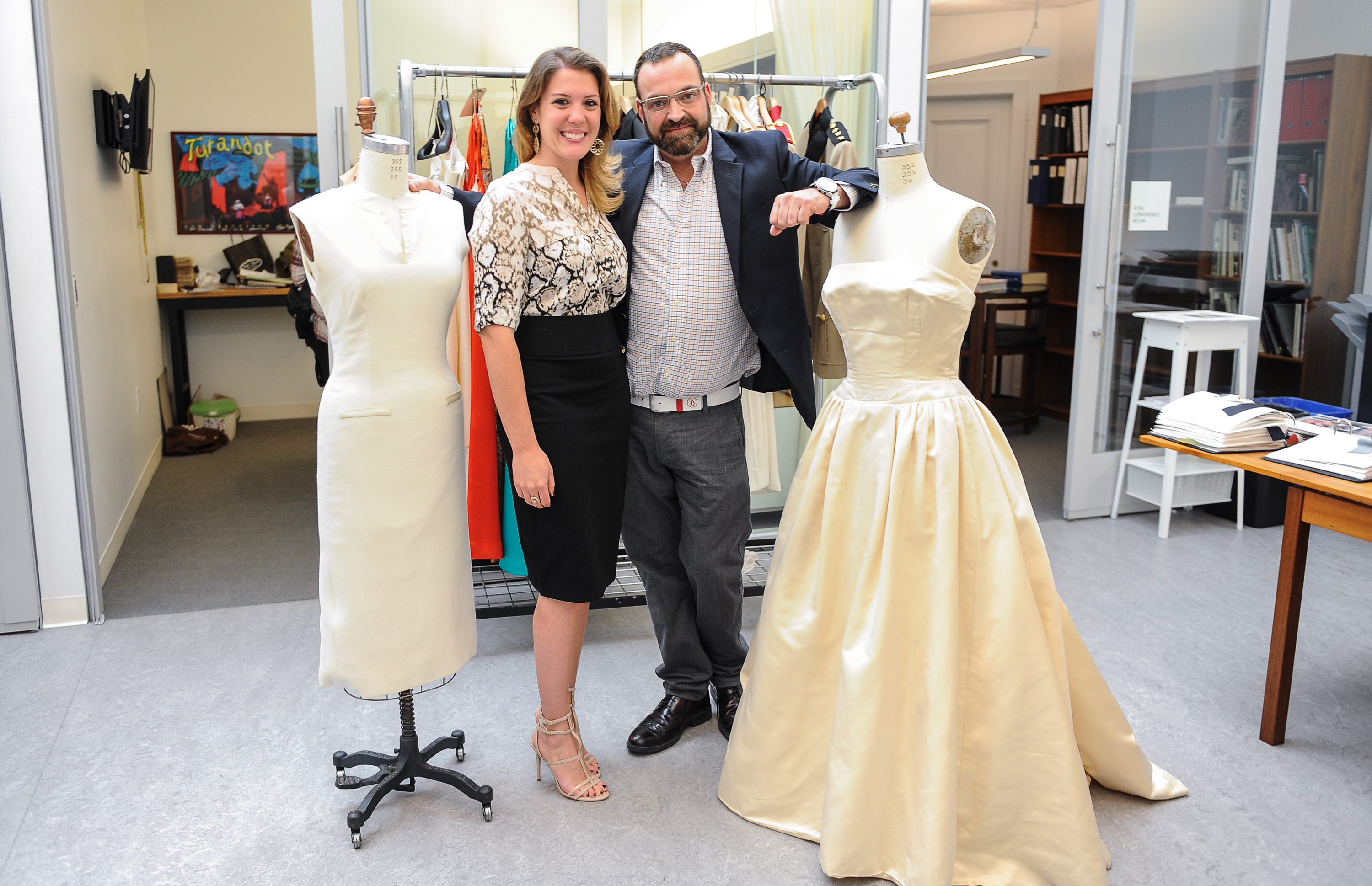 It was such a treat to spend the afternoon with Christopher in the costume shop. Christopher has worked at the San Francisco Opera for sixteen years. Christopher earned his degree in Design at International Fine Arts College in Miami. His incredible work has been seen in many theaters throughout San Francisco, including The Brava, Intersection for the Arts, Theater Artaud, The Victoria and ODC.

To find out more about Emilia Marty's timeless attire, click here. Now that you know all about the costumes, it's time to head to the San Francisco Opera to see The Makropolous Case! Click here for tickets.

Written by Kari Lincks Coomans, Founder of Red Curtain Addict Tucked away in the trendy Mission District of San Francisco, is an intimate and innovative theater (called ODC Theater) that presents cherished and new works throughout the year. On November 19th-21st, they will be lifting their curtain to present Ars ...

We were so excited that we were invited to attend the Aquarium of the Bay's 25th Anniversary Blue Marble event this month! Not only were we looking forward to meeting some of the notable guests like "Her Deepness" Dr. Sylvia Earle (more to come on this below!), but we were ...

The Little Mermaid is about to hit the stage at the San Francisco Ballet but it's not quite the same as the Disney cartoon that we're all familiar with. Kari Lincks Coomans, host of Red Curtain Addict recently sat down for lunch with Yuan Yuan Tan (Principal Dancer at the ...

Concert Date Night At Home with the San Francisco Symphony

Remember those days when you used to dress up and go out with friends for dinner and maybe catch a concert? Those are the memories I hold onto the most and hold them tight during this time where these types of experiences are not as accessible (or even available, depending ...

Which Nutcracker Performance Should You Stream?

The holidays definitely look and feel different this year but we have done things around the house to try and "normalize" the season as much as possible; setting up our nostalgic holiday decor, making festive treats, face timing our family, and wrapping up presents. Another tradition that we're excited about ...