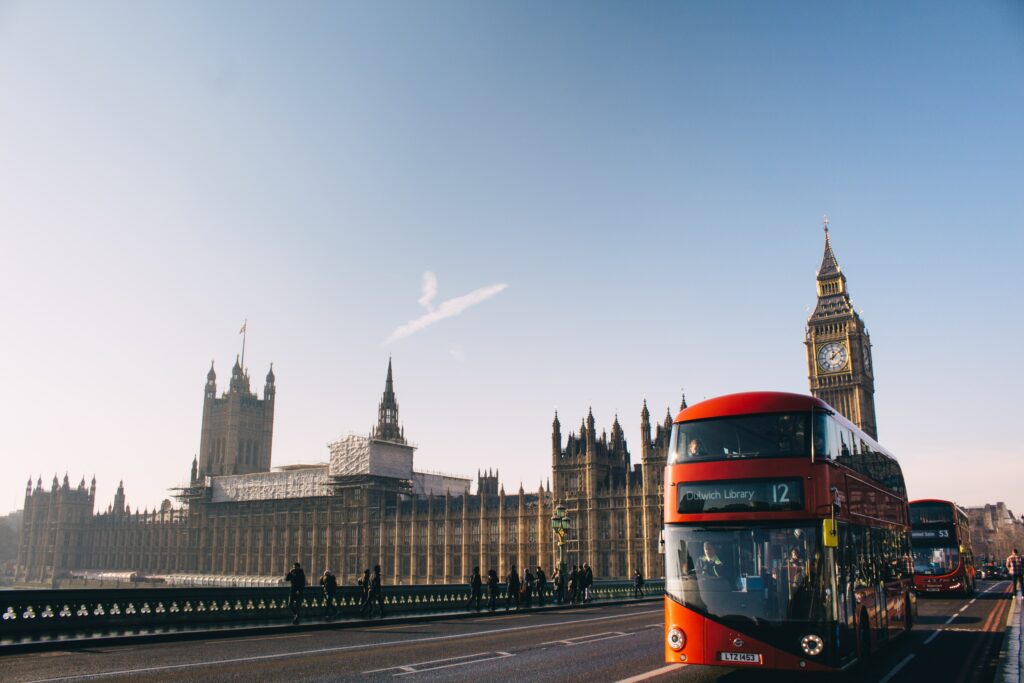 London is brimming with culture and creativity. The mix of entertainment welcomes millions of performing art-lovers all year. And it's not just the world-famous Broadway shows that draw in the crowds. Jazz, opera, and ballet in London rank among the best in the world.

Performing arts in London are nothing short of spectacular. Every show is unique.

Order up some fish & chips and embark on your cultural trip to the capital. Use our guide to navigate the performing arts scene in one of the world's greatest cosmopolitan cities.

The Best Jazz Bars in London:

Your toes will be tapping all night at a live jazz show in some of London's best spots. From secret locations to music festivals, here are the best places to find jazz in London.

This speakeasy subterranean bar is the palace to go for live jazz & blues performances, classic (sometimes forgotten) cocktails, and rare spirits. You can only access the bar through an anonymous wooden door, and once inside, the bar will transport you to 1935.

Get your fill for all things jazz at The London Jazz Festival. The music festival is held every November and takes place in various well-known London venues, including the Barbican and the Royal Festival Hall and some lesser-known smaller jazz clubs like Ronnie Scott's and the Vortex Jazz Club. Festival goers enjoy spectacular live performances across the city. The line-up includes global stars, fresh musicians, and unique collaborations.

Where to Watch Ballet in London: 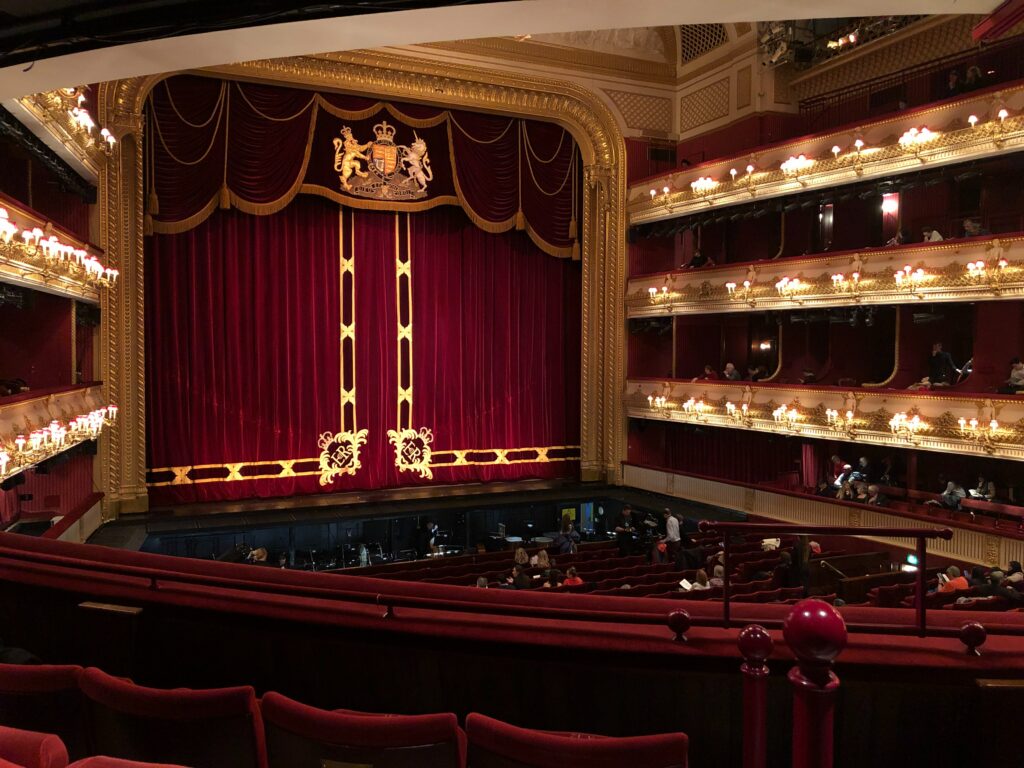 Londoners and tourists alike flock to these locations to be swept away by the pure magic of ballet.

ROH is a major performing arts venue in central London. Most of the locals refer to the magnificent venue as 'Covent Garden.' The opera house is home to The Royal Opera, The Royal Ballet, and the Orchestra of the Royal Opera House. The first theatre on the Theatre Royal site opened in 1732, and the company presented the first ballet here in 1734.

While you can catch ballet productions year-round performed by the in-house companies, the 'Nutcracker' and 'Swan Lake' at The Royal Opera House are a must-see during the Christmas season!

Sadler's Wells began as a ballet and music hall in 1683. Today, it's the world's top venue dedicated to international dance. Sadler's Wells is famous for avant-garde and progressive productions celebrating dance in all forms. The 1,500 seater auditorium is where the Birmingham Royal Ballet got its start and where Matthew Bourne's legendary all-male reproduction of 'Swan Lake' made its debut.

Find your new favorite musical or re-watch a masterpiece for the 2nd, 3rd, or 100th time. Head to London to see the best award-winning Broadway shows.

Since opening in 1911, this West End theatre in the City of Westminster has become a staple in London's performing arts scene. Renowned theatre architect Frank Matcham is responsible for the venue's original design. Today, the Victoria Palace Theatre has had a 21st-century makeover for added comfort and facilities while still holding true to its roots.

You can catch the story of everyone's favorite founding father, Alexander Hamilton, right now at the theater.

To see some of Broadway's best long-running, big-name musicals in a gorgeous art-deco design theater, look no further than Apollo Victoria. This 2,328-seat theatrical venue opened as a cinema in 1930.

Apollo Victoria is the current home to one other than the hit musical Wicked. Since 2006 theatre-goers have come to learn the backstory of the green-faced "Wicked Witch of the West." 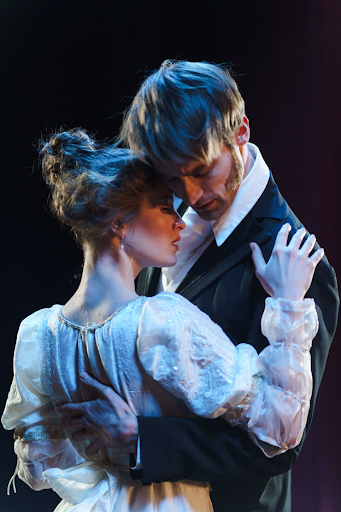 After you spend the day seeing landmarks like Big Ben, Buckingham Palace, and the Tower of London, it's time for a treat for your ears at a London opera.

You can catch the exceptional performances and breathtaking sets year-round at the London Coliseum. World-renowned English National Opera is the resident company here. It doesn't matter if you're an opera aficionado or a newbie; the beloved stories and notorious scores will captivate you.

Barbican Centre is a performing arts hub featuring a concert hall, two theatres, three cinemas, two art galleries, a library, restaurants, shops, and a conservatory. Say that ten times fast. But what we really want to mention is that the venue is the home base of the London Symphony Orchestra. The LSO is ranked among the world's top orchestras!

Welcome to London's newest venue. The new Linbury Theatre is a world-class stage for The Royal Ballet and The Royal Opera. The intimate 406-seat venue opened in 2018 with a stunning inaugural Season, including works from the 18th century to world premieres.

Nothing screams summer like a good old-fashioned music festival. Luckily, Londoners love to sway and swing to music all summer long.

Get your tickets for this year's summer soiree soon. The festival begins on 5 August 2021.

Where to Stay in London

If you're heading to the city of royalty, architecture, and full English breakfast in search of all things performing arts, consider resting your head at The Shaftesbury Hotel Collection. You'll be in the center of the action and close to public transport in case you need to venture out for your next show.

London promises some serious artistic highs. Use this guide to check out the music, dance, and drama next time you're in the city.

We know The Windy City is famous for tall skyscrapers and deep-dish pizza. But there is also so much exciting artistic energy in Chicago. Sitting on the banks of the great Lake Michigan, Chicago is the place to be for enjoying the latest Broadway hits, jazz, ballet, speakeasies, and more. ...

Expand your cultural horizons this season. New York City is the epicenter of exceptional theater, diverse performing arts, and of course, major Broadway productions. Any day of the week, any time of year, you can see everything from a classic jazz ensemble and an award-winning musical to an underground impromptu ...

Music, Dance, Drama - Washington D.C. and Maryland house some of the finest performing arts venues and performances in America. Do you wish to see ballet or contemporary? Are you in the mood of watching plays or musicals? Would you rather visit a jazz club or a National opera? You ...

Performances Gone Wild! As temperatures rise, theater is heading into the wild with outdoor performances across the USA! From drive-in operas in California to immersive theater taking over New York's Greenwich Village, these experiences provide the thrill of LIVE performance in the fresh air. San Diego Opera's Barber of Seville ...

We have to admit, we're a big fan of "Netflix and chill" nights. Sometimes nothing can beat a binge-worthy TV show and a hot cheese pizza. But there's still something special about going out on a good old-fashion date night. You know, the kind of nights were you both dress ...

Last year, the San Francisco Opera started a new series called SF Opera Lab . Why is it called "Lab"? Because the Taube Atrium Theater (in the Veterans building) was created to experiment and make new music in unique and innovative ways. If you went last year, you probably fell ...

5 Reasons Why You Should Join Our Arts Addict Membership

We are so excited to officially launch our Arts Addict Membership! Since Red Curtain Addict was founded in 2017, we have hosted over 15 events (say what?!) and we've met more and more amazing arts enthusiasts that love the arts as much as we do. So based on popular demand, ...

I want to lift the red curtain to reveal what the arts has NOT shown you. There is so much more than what meets the eye. I want to give you the opportunity to see and understand the truth in what you're watching; the discipline, dedication, devotion, history and the ...